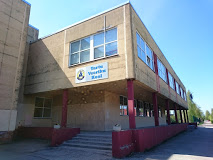 The 17th Primary School of Tartu was founded on September 1 in 1987 as a bilingual school where 528 students started studying, 93 of them had Russian as their first language. In the beginning, there were 29 teachers. The first headmaster of the school was Valentina Ritsing and her substitute was Reet Pärn.

Since 2004 the school has been run by headmistress Ruth Ahven and the director of studies Carmen Luts. The reorganization of Tartu’s school web has caused the number of students to increase: 2013 – 424 students, 2016 – 619 students, 2017 – almost 700. This has also increased the number of teachers. A lot of new classrooms that have been renovated to support modern studying have been taken into use.

Tartu Veeriku School won a national ICT use competition. The school incorporates digital devices into everyday work and it has become a standard for the students. On the other hand the school is linked to a project which aims to get the pupils moving during lessons and the breaks.

Our teachers linked to Find Your Balance: